Trust me, you can travel affordably for less than 500 dollars:

My girlfriend and I had just agreed to go on a “break”. Earlier that year, we planned a trip for two to Portland, OR. All of it was booked through travel points. If you haven’t read my post on how to afford to travel while you’re young, check it out here.

I had already dropped $1000, but luckily everyone was kind enough to refund me half of what I already spent. I was in a dilemma. Was I going to let the tickets go to waste? Or refund them and go do something on my own?

Deciding where to travel

I had tickets through Frontier Airlines, an Airbnb deposit paid for, and a whole list of things to do in Portland. With the intention to travel somewhere, I was searching around for the cheapest flights, leaving as soon as possible.

I eventually found a flight to Philadelphia that cost the same as the Portland tickets (after taxes and baggage fees). I couldn’t have picked a better time to fly. It was an early week in May, and Philly was hosting a ton of different festivals.

Breaking down my expenses

The flight was booked. It was scheduled to leave in two days. I set aside $500 for the whole week. Here’s how I traveled for a week on $500:

I was crawling through Airbnb’s Philly search and came across a room that was only 2 minutes away from the rail line. The pictures made it look awesome! Unfortunately the Airbnb that I picked was literally in the middle of north-west Philly. For those of you who aren’t familiar with Philadelphia, it was deep in the Ghetto…For a kid who grew up in a predominately rural environment, this was a total culture shock.

The first day, I had a wacky, heavy-set middle aged man in raggedy clothes approach me (at the ATM shielded with bullet proof glass). He tried to convince me that Walmart was a conspiracy theory where they killed their workers with robots equipped with lazers.Thankfully the Airbnb room wasn’t too terrible. The short walk to the metro was well worth it, and the price was unbeatable. If you’re new to Airbnb, use this link to sign-up and take $40 off your first reservation!

At first, I was a little torn between renting a car and Uber’ing around. Thankfully I had learned that the metro rail would be perfect for getting around town without a rental and without having to Uber everywhere. This was the first time I had used any subway system.Let me tell you, subways are amazing.
It was only a couple of bucks for each one-way ride per day. I would ride it down to the city each morning, and jump back on, on my way out.

If I had stayed in Philly for the whole week, it would’ve only been $24 for the entire week. Definitely better than $194 for a rental.The only real expense was getting from the Airport to the Airbnb, and back. Thankfully Uber was running a sign-up deal where you could get two free rides after signing-up.If you’re new to Uber, follow this link, use the code and take $5 off your first ride!). After walking nearly 40 miles through Philly’s downtown in just 3 days, I remembered that I had family in NYC.

On my third night in Philly, I went back to the Airbnb, and looked up the cheapest way to get to NYC.Remembering that my plane left from Philly, I would also need a way back. Totally would’ve taken the Amtrak, but with all of the recent news about de-railing trains, I decided to go with the Megabus. I found a round-trip ticket that worked with my schedule, and spit me back out in Philly 5 hours before my plane left. That ticket was only $30.

If I had done more planning, I could’ve taken advantage of Megabus’s low $1.99 fares.

Seeing as I had only spent $180 on my main costs like transportation and lodging. I could be a lot more lenient on my food costs.
Even if I spent $40 on food per day, for the entire week, that would still put my total costs at ($180 + $240 = $420). My system involved spending $15 on brunch, $20 on dinner, and $5 on coffee. It was actually pretty easy to stay consistent, and at times, both of these meals could cost way less than what I planned for. If I had anything leftover, it would go into another coffee shop stop the next day!

There were some pretty dumb random costs where the extra $80 came in handy. My first day in New York, it was pouring rain. I went and bought a $12 umbrella. I also forgot more than 3 pairs of socks. That was an extra $8.

The generosity of friends and family

So after reading the part above, you’re probably wondering why I only counted 3 nights in my lodging section. Well, on the fourth night, I planned to go to NYC and crash on my cousin’s couch in Harlem. But, while on the Megabus to New York I posted a pic on Instagram and an old friend of mine from middle school, hit me up and said “Hey if you’re heading to NYC, let’s hang out!”.

Keep in mind, we hadn’t seen each other for years, but I figured “what the hell!” and met with him anyway! He and I ended up hanging out for 2 of the four days I had in New York. He let me crash on his guest bed, and my cousin let me crash on his sofa. I didn’t actually need to pay for lodging at all while in NYC.

If I hadn’t had that opportunity, I probably would’ve had to lower my food budget, and plan to spend another $140 on an airbnb in NYC.

That would’ve pushed my total spend to about $600. 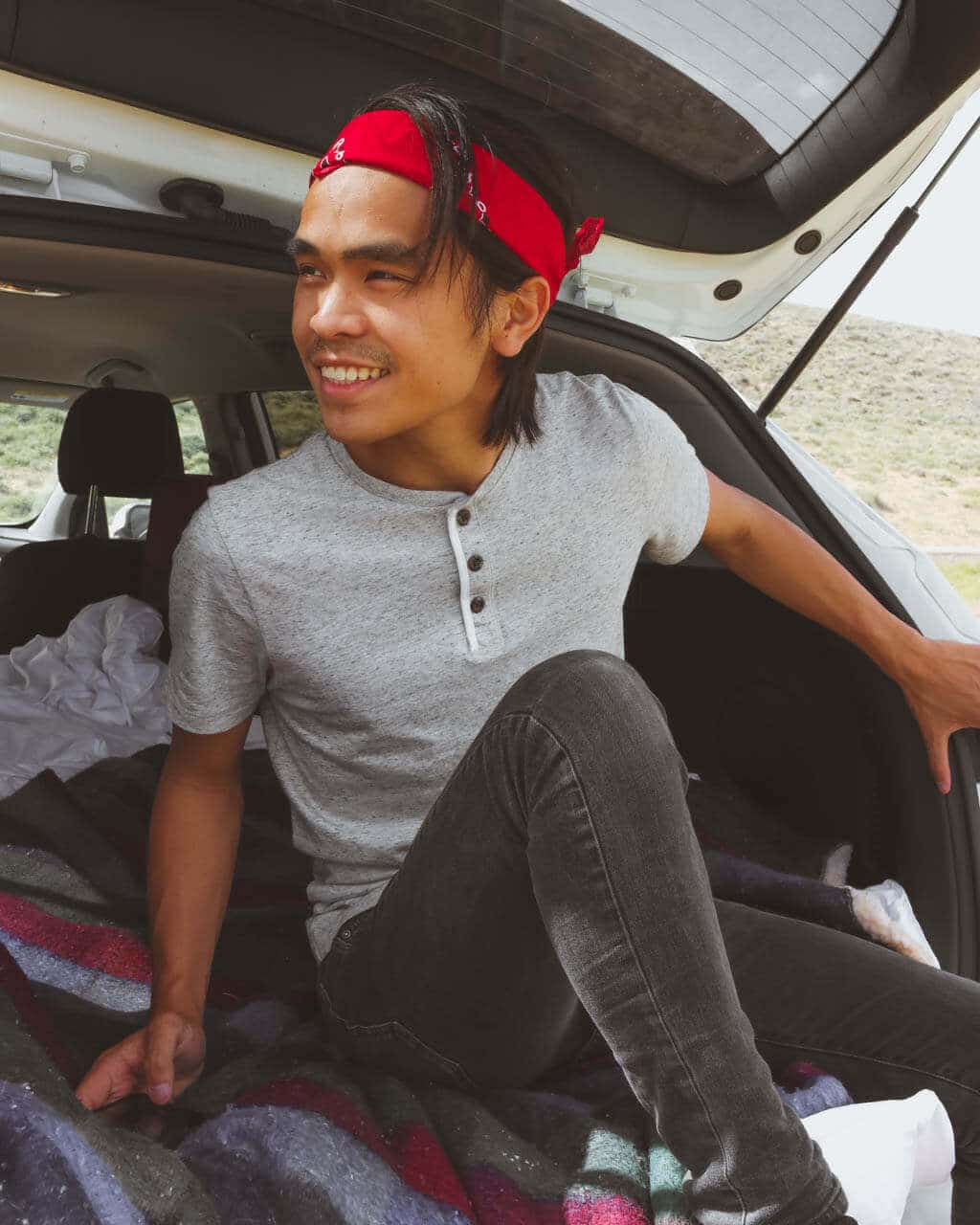 Taylor Wise is a Travel and Lifestyle Photographer from Houston, TX. With a background in marketing, he hopes to help other creatives succeed in their craft.

Get the weekly digest

Stay up to date on the latest tips, tricks and freebies: